Understanding open citizen monitoring in practice: “I feel I can do something to fix problems in my village.”

“It’s about empowerment – as a community member, you’ve given me tools and knowledge so I feel I can do something to fix problems in my village.”

This was what one of our trustees had to say after taking on the character of community monitor during a role play exercise focussing on how Integrity Action’s approach works in practice.

This month the Integrity Action team welcomed our existing and new trustees to an introduction meeting to kick off the new year together. To explore how we work, trustees and staff participated in a series of scenes designed to give the trustees a chance to reflect upon how we work with partner organisations and what open citizen feedback looks like for us.

Stepping into the shoes of monitors who are trained to use Integrity Action’s approach to monitor development projects in their village, our trustees gained insight on challenges related to open citizen feedback and how we address these issues. 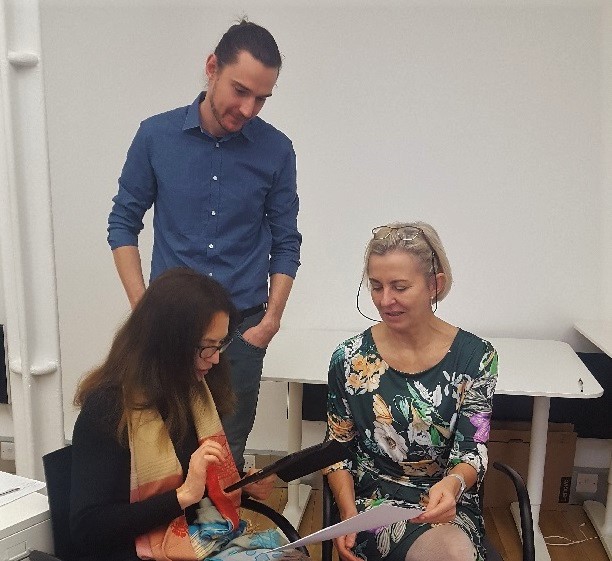 We talked about how the projects to be monitored are chosen, but firstly we needed to understand how are monitors chosen. We train our partner organisations so that they have the tools for selecting monitors in an inclusive, community-led way. Different methods of choosing monitors are appropriate in different settings, and it is essential to take into account local norms - cultural, religious and other considerations.

Part of our specialised training therefore focuses on discussing different ways of identifying or choosing monitors, and the related drawbacks and advantages. For example, self-nomination may lead to the selection of committed monitors, as only those who are really keen will put their name in the hat, but individuals who are marginalised or vulnerable may be less likely to nominate themselves, meaning that some citizens are excluded.

On the other hand, selecting monitors through elections may be fair, but could also lead to low diversity among monitors. As such, understanding the importance of gender equality and social inclusion is a key part of the training for our partners – in a locally appropriate way.

“What is fascinating to me is that Integrity Action picks the CSO it works with, not the projects which are monitored,” was an insight shared by one board member.

We also talked about the motivations and barriers for citizens in the decision to become monitors in their own community, such as fear of monitoring technical projects you aren’t formally trained for, or whether literacy can be a barrier. Because our monitors work in pairs, we try to overcome such barriers – one of our monitors who is has a hearing impairment is paired with a hearing monitor, meaning that the disability is less of a barrier. 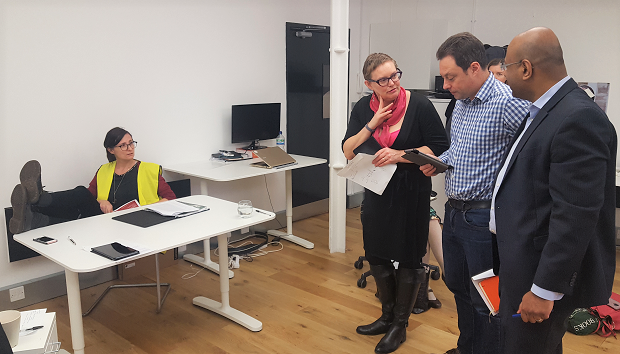 As we were planning the induction day we were nervous about how trustees would react to being thrown into a role play in which they had to convince a stubborn contractor to firstly listen, and then acknowledge and address issues. Would they consider this simulation exercise as part of their role as trustees?

“Rather than an organisation that runs a project and then leaves the village, the difference here is that the community and all the key actors are engaged, so problems can really get fixed,” said one of our trustees.

In the end, the hands on approach paid off: trustees understood our approach from the perspective of a community monitor. The discussions that arose meant they gained insights they might not have, had we presented the approach in a theoretical way. We look forward to working with our new and existing trustees this year as they provide guidance on the direction we take in implementing our new five-year strategy and scaling up our citizen feedback approach in new ways.

What does it mean when we say our training works anywhere, for anyone?

"Between you and the President, who is the boss?"

Participation of students with disabilities in Integrity Clubs in Nepal: Key Findings and Recommendations